The Gurdjieff Foundation of Greece
gurdjieff.org.gr

The Gurdjieff Foundation of Greece
and Gurdjieff Circles

The Gurdjieff Foundation of Greece was established in 1976 by Dimitri Peretzi, with the support of his teachers, Mme de Salzman and Lord Pentland. Its activities include ongoing Group Meetings, Movements classes given by Maria Peretzi, and Special Work periods. The Foundation has translated into Greek and supervised the publication of  Gurdjieff’s books, as well as Mme de Salzman’s The Reality of Being and Ouspensky’s Search of the Miraculous.

Over the years, an intense effort has been made for the Study of All and Everything, an Index of the special terms of which is made public both in English and in Greek in our website, www.gurdjieff.org.gr. Currently, concentrated attention is being given to the study of Mme de Salzman’s texts.

Closely associated with the Gurdjieff Foundation of Greece is the RODA theatre group, founded in 1991 and led ever since by Maria Peretzi. The group stages widely attended theatrical performances, drawing its repertoire from the sacred myths of our global society, and performing musical concert appearances, presenting the Gurdjieff-de Hartmann music. Its activities can be viewed at www.rodatheater.gr.

Friendly, cooperating with our Foundation organizations include the “3A” Publishing House, the “SunonuS” engineering group for the study of alternative energy sources and the “Private Road” meetings hall, in Thessaloniki

“Without self-knowledge, without understanding the working and functions of his machine, man cannot be free, he cannot govern himself and he will always remain a slave.”

Gurdjieff was born in 1866 (?)  in Alexandropol  of the Caucasian Black Sea area, to parents who were both Greeks (Ioannis Georgiadis and Evdokia Eleftheriadou). His life was quite remarkable. For twenty whole years he wandered in the Middle and Far East, reaching monasteries and religious places inaccessible to Western travellers. There he met many spiritual teachers from different religions 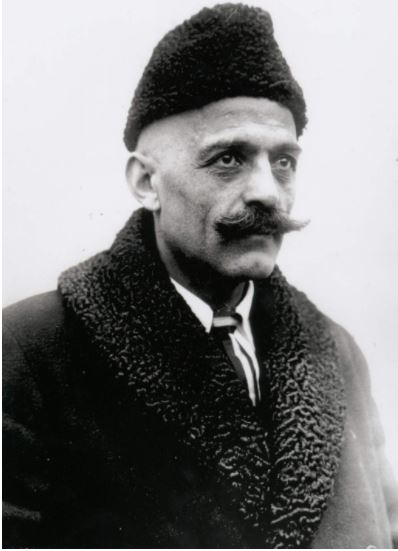